In June 1535, Emperor Charles V set sail from Sardinia at the head of a fleet comprising 400 ships and over 30.000 soldiers to reconquer the Kingdom of Tunis from the Ottomans. In order to document the campaign and his hoped-for victory he was accompanied not only by historians and poets but also by his court painter, Jan Cornelisz Vermeyen. In 1543, eleven years later, the Flemish artist was commissioned to paint the cartoons for a total of twelve monumental tapestries celebrating the campaign. His designs were informed by the countless drawings and sketches he had brought back from North Africa.

Cartoons are identical in size to the tapestries woven after them; very few, however, have come down to us. The Kunsthistorisches Museum Wien holds ten of the originally twelve “Tunis Cartoons”. They have survived because they were appreciated as autonomous artworks, and were later even attributed to Titian. Executed in charcoal and watercolour or gouache, they are the work of Vermeyen and another Flemish artist, Pieter Coecke van Aelst. Their topographically exact rendering of the different locations and the detailed depictions bring the turbulent events to life. Each cartoon features one or more events of the campaign.

The programme was probably devised by the Spanish historian and cosmographer, Alonso de Santa Cruz; although he did not travel to Tunis he wrote a highly-regarded history of the campaign based on eyewitness accounts.

These unique cartoons are the focus of this exhibition. In addition, it comprises a number of relevant artifacts from different collections of the Kunsthistorisches Museum Wien - among them the Library, the Picture Gallery, the Collection of Arms and Armour, the Kunstkammer Wien, the Coin Collection and Schloss Ambras Innsbruck – that highlight different aspects of the dramatic events of 1535. 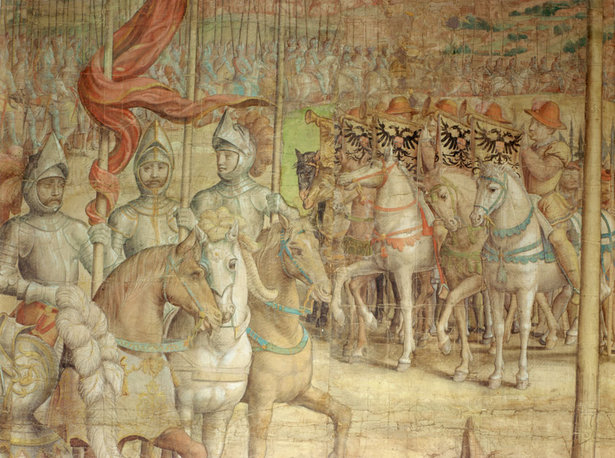 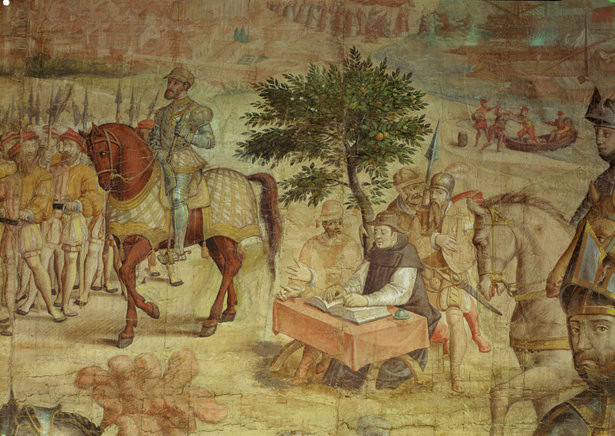 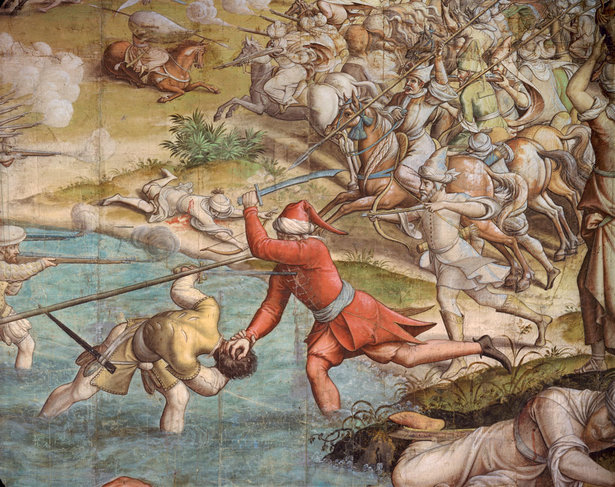 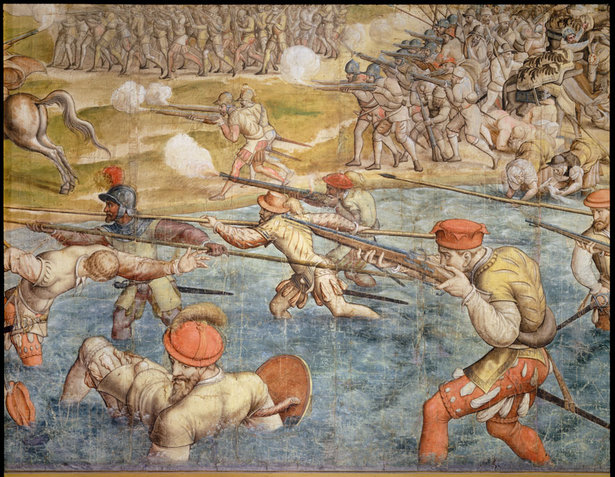 Where does the story begin? Does the story begin? The paintings tell a tale that unfolds in all directions: high and low, close up in the foreground and far off on the horizon at an impossible distance. Which way will you turn as you enter the gallery? You can start by turning left or turning right. Either way, the paintings’ story will be told, but will it be the same story?

Benny Nemerofsky Ramsay (Montréal, 1973) is an artist and diarist. His work in video, sound and text contemplates the history of song, the rendering of love and emotion into language, and the resurrection and manipulation of voices – sung, spoken and screamed. His work has been exhibited internationally and is part of the permanent collection of the National Gallery of Canada. Nemerofsky first developed his fascination for the Tapestry Cartoons in 2010 while artist-in-residence at the Museumsquartier in Vienna.