Since January 2012, the Kunsthistorisches Museum has been inviting leading figures from the world of Modern and Contemporary art to spend time at the museum and speak publicly about their responses to it. The list of past speakers includes Jeff Koons, Edmund de Waal, Nan Goldin, Tobias Meyer, Ed Ruscha, Lawrence Weiner, Sandy Nairne, Thomas Demand, John Currin, Elizabeth Peyton, David Dawson, Ugo Rondinone and many more.

In 2015 we present a series of five talks. Each talk introduces a different player from the art world, prominent within his or her field: in January the Duke of Devonshire, a famous collector, was invited, in March Philippe de Montebello, former Director of the Metropolitan Museum in New York, spoke about the opportunities and challenges that museums and their directors are facing today, and in June the new Director of the KHM's Picture Gallery, Stefan Weppelmann, shared his thoughts on the museum's engagement with the art and artists today. In September, legendary art dealer Anthony d'Offay discussed the history of art dealing and the development of the market, and in November we invited two of the most important and respected art critics working today, Roberta Smith (The New York Times) and Jerry Saltz (New York magazine) to discuss the historical origins of art criticism, assess its current state of health and make a prognosis for its future.

As part of our programme of events and activities to celebrate the museum’s 125th anniversary in 2016, we have invited a number of well-known museum directors to give a talk. Taken together these talks offer a wide spectrum of fascinating insights into present conditions and future developments in art and the museum world. In January, Wim Pijbes, Director of the Rijksmuseum in Amsterdam gave a talk, in March we invited Max Hollein, Director of the Städel Museum in Frankfurt, in May Thomas P. Campbell, Director of the Metropolitan Museum of Art in New York, in November Eike Schmidt, Director of the Uffizi in Florence and in December Gabriele Finaldi, Director of the National Gallery in London.

As part of the 2018 exhibition "The Shape of Time" we welcomed artists Catherine Opie, Fiona Tan and Kerry James Marshall for an Artist Talk.

In January 2019 we invited Belgian artist Michaël Borremans. In March, Christopher Rothko gave a talk on the work of his father, Mark Rothko and in May we had art historian Ben Street as our guest, also with a talk about Mark Rothko. As part of the exhibition "grey time – Fractions of the Museum" philospher Robert Pfaller and curator Angela Stief were invited for an artist talk in September. In November we invited Austrian artist Klaus Mosettig to talk about his exhibition "The David Plates" and we were also very happy to welcome British artist and Oscar winner Steve McQueen. 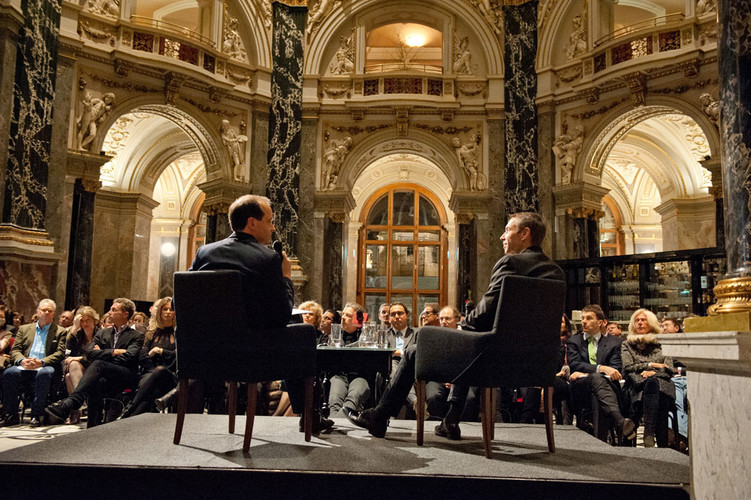 The next upcoming artist talks will be announced shortly.

For videos of our series of Modern and Contemporary Talks as well as other lectures and interviews please visit our YouTube channel.

Please note that seating is limited and advance booking strictly required (reply to talks@khm.at). For regular updates and further information see our E-Newsletter. A number of seats are reserved for subscribers to our newsletter.