In Her Majesty's Hands

The Kunsthistorisches Museum’s Coin Collection holds both the largest and by far the most important collection of coins minted under Maria Theresa; it is the best place, and now is the best time, to host an exhibition that presents the monarch’s life in medals to celebrate what would have been her 300th birthday on May 13, 2017.

Medals functioned as a way to commemorate important events of her reign, and as they were minted in large numbers, the material is noted for its longevity and their handy format made it easy to disseminate them, they were regarded as a historical record that would last forever. Contemporaries called these miniature memorials show- or commemorative coins, and they evolved into much sought-after and frequently exchanged collectors’ pieces. The monarch presented them as signs of imperial favour, in recognition of the recipient’s merits or achievements, or to strengthen diplomatic ties, and the majority of the medals produced in Vienna were destined for the court – ending up in Her Majesty’s hands.

Maria Theresa (1717-1780) became a legend during her lifetime, and few female rulers were depicted more frequently or diversely. Her many likenesses – among them portraits, engravings, medals and medallions – were designed to preserve her memory for posterity, turning her into an 18th century media-star. Medals played a central role in this propaganda effort controlled by the imperial court. Among the period’s foremost artistic mass media, medals were minted under the aegis of the court, and they continue to reflect the ruler’s political aims and the way she saw herself.

The exhibition focuses on the most important topoi in Maria Theresa’s private and public life. It presents her in the company of her large family, running the gamut of events from dynastic marriages to heart-breaking calamities. It showcases her role as a ruler forced to fight several wars for her inheritance and, together with her son and co-regent Joseph II, as a pioneering social reformer. The artefacts on show also illustrate the extent of Maria Theresa’s realm, which comprised many different ethnicities and cultures. 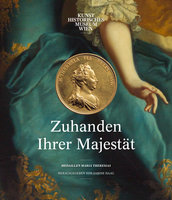 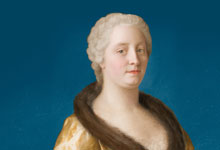