grey time – Fractions of the Museum

An artistic exploration by Jeremias Altmann and Andreas Tanzer

My king, the world is no more.
Testaments to the past and debris of our future.
A premature résumé - as long as mankind still exists.

In addition to their solo careers, Jeremias Altmann and Andreas Tanzer have been collaborating for some years on the series grey time – a continually growing collection focused on decay. Last spring, the two draughtsmen and painters broke with their usual practice – they normally work in strict isolation in their studios – in favour of the two-part oil painting Bruchteile, which they created in the public galleries of the Kunsthistorisches Museum. Across several galleries, they interpreted artefacts from Ancient Egypt to classical antiquity to sixteenth and seventeenth century painting. Working simultaneously on the same painting is a defining element of the collaboration between Tanzer and Altmann.

The exhibition grey time – Fractions of the Museum presents the two paintings in the Collection of Greek and Roman Antiquities. The diptych is complemented by a sculpture from the grey time series and photographs by Barbara Herbst. The paintings were created directly in front of the original artworks of the Kunsthistorisches Museum; the photographs give insight into their formation in the different galleries.

Displayed next to one of the reference works in the Collection of Greek and Roman Antiquities, the paintings and photographs encourage visitors to discover new and multifarious connections spanning different collections and genres: between works from classical antiquity, the early modern period and contemporary works; between painting and sculpture; between the past and new creations.

In collaboration with Bildraum 01 (1010 Vienna, Strauchgasse 2). A second exhibition will be shown there from 4 to 29 September 2019; it shows a survey of the series grey time on which the two artists have collaborated since 2013, and thus represents a contextual extension and a counterpart to the exhibition on show at the Kunsthistorisches Museum.

A lavishly illustrated, 112-page catalogue will be published in connection with the two exhibitions that includes texts by well-known authors focusing on the themes destruction-decay-dystopia and collecting-conserving-creating. An original etching by the two artists is available alongside the catalogue as a limited special edition. 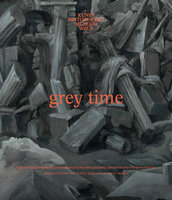