The Discovery of Man: the German Portrait around 1500

The exhibition “Dürer – Cranach – Holbein. The Discovery of Man: the German Portrait around 1500” was focusing on the artist’s view of man at the beginning of the Modern Era. It was the first time that early German portrait painting was the focus of a special exhibition. Previous exhibitions featuring celebrated Old Netherlandish or Italian portraiture have largely obscured German contributions to this genre. German portrait painting is particularly noted for its verisimilitude and subtle psychological understanding of the sitter.

The exhibition concentrates both on how art in the 15th century began to focus on the individual, and on outstanding examples of Early Renaissance portraiture. It features the findings of new research on social history and showcases seminal works by exceptional contemporary artists.

These portraits depict members of the various social classes that made up society at the time. The exhibition also includes portraits of groups, most of them comprising members not regarded as individuals but as part of an anonymous group, such as clergymen, monks, peasants or craftsmen. The portraits thus offer a survey of society during the late Middle Ages and the early Modern Era. We focus both on the analytic, as well as on the ironic, sometimes even dismissive point of view.

The exhibition presents important artworks – paintings, drawings and prints, sculptures and medals – by seminal contemporary artists. These works help demonstrate the period’s different genera dicendi of art: the sublime, the momentousness (personified by Albrecht Dürer), simplicity, artlessness (represented in the eyes of his contemporaries by Lucas Cranach), and, last but not least, Hans Holbein the younger’s then unrivalled verisimilitude, his highly convincing illusion of space and of bodies moving in it. These three different approaches not only stimulated each other but still inform our idea of the Art of the German Renaissance. 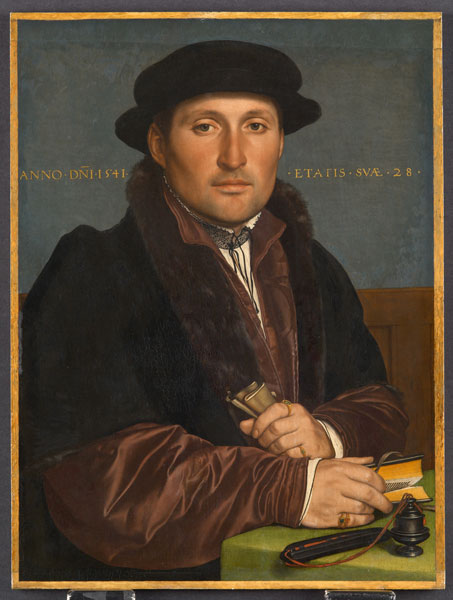 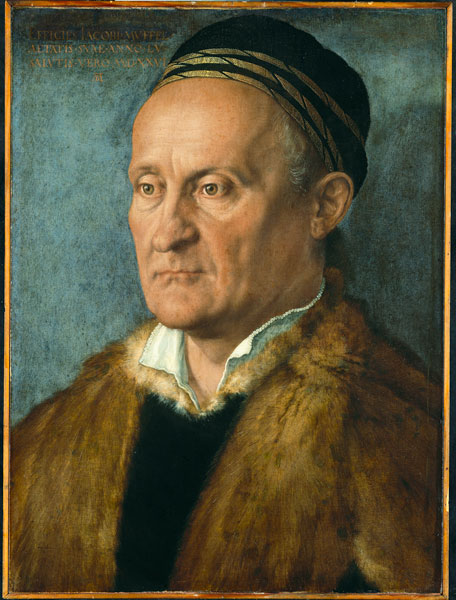