The Money of the Celts

Re-Opening of the Coin Cabinet

Have you ever wondered why one "carries owls to Athens, or what a Heller or a Batzen is? You will find the answers to these and many other questions in the re-opened Coin Cabinet. After over 5 years of refurbishing and reinstallation, the permanent exhibition of the coin collection of the Kunsthistorisches Museum in Vienna will be open again to the public.

Do not be shocked by the fact that over 2000 exhibits (medals, medallions, coins, paper money, credit cards, Caori shells and much more) will be presented in three rooms. These are the most important exhibits - but only about 2 0f what is preserved in the Coin Cabinet, one of the largest and most important coin collections in the world. The explanatory texts provided for the visitor were also written with numismatic laymen in mind.

The exhibition covers spans the time from the period of the invention of money (7th century B.C.) to today, when cash is becoming less and less important and the unification tendencies of the Euro are becoming noticeable. Numerous different coins and richly documented medals invite you to follow historic and artistic developments, admire the highlights, learn about the technical development of coin making, the reasons for and the effects of inflation, financial policy and its effects, and the contents of a treasure. Did you know that the first Taler was coined in Austria, in Hall in Tyrol? Of course, this Guldiner dating from 1486 will be on show, as well as the twenty-crown-coin minted for the last Austrian Emperor, Karl I, in 1918 (all the others minted then have, of course, been melted down).

The special exhibition will present "The Money of the Celts with numerous archaeological objects for cross-reference. It will help to throw light on numerous less-well known aspects of this mysterious people.

Together with the reopened numismatic exhibition, the famous "Archduke Ferdinand of Tyrols Collection of Portraits will again be on show in the rooms of the Coin Cabinet: 1080 oil paintings, each measuring 13 x 10 cm, were commissioned by Archduke Ferdinand of Tyrol (1529-1595). They depict ruling princes of the 16th century and their forebears, and other famous European contemporaries. They were painted by, among others, Lukas Cranach the Younger and Cesare Curzio. 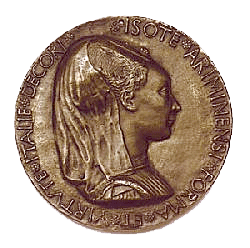 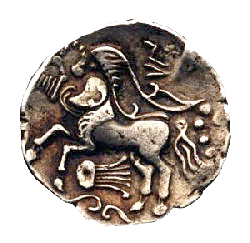 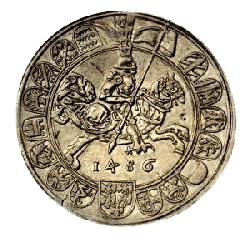