Everyone knows the Imperial Crown. But what do we really know about it?

Help us get to the bottom of the many unanswered questions about the Imperial Crown!

The Imperial Crown is one of the greatest treasures that the Kunsthistorisches Museum is privileged to house. Not only because it is of immense art historical significance, but also because as an insignia of the Holy Roman Empire, it is a fundamental part of European and Austrian history. Most of us are already familiar with the Imperial Crown from schoolbooks and field trips from a young age on. But what do we actually know about this extraordinary masterpiece?

From the perspective of scientific research, we still know far too little! Our knowledge of the structure and technique as well as the origin and composition of the materials is just as incomplete as our knowledge of the history of restoration and reception.

In order to clarify these questions, the Kunsthistorisches Museum has now launched a major research project spanning several scientific disciplines. For the first time, a systematic study of the Imperial Crown, involving renowned national and international experts, will get to the bottom of the numerous questions that remain unanswered.

In several steps, we want to get to the bottom of the secrets of the Imperial Crown. 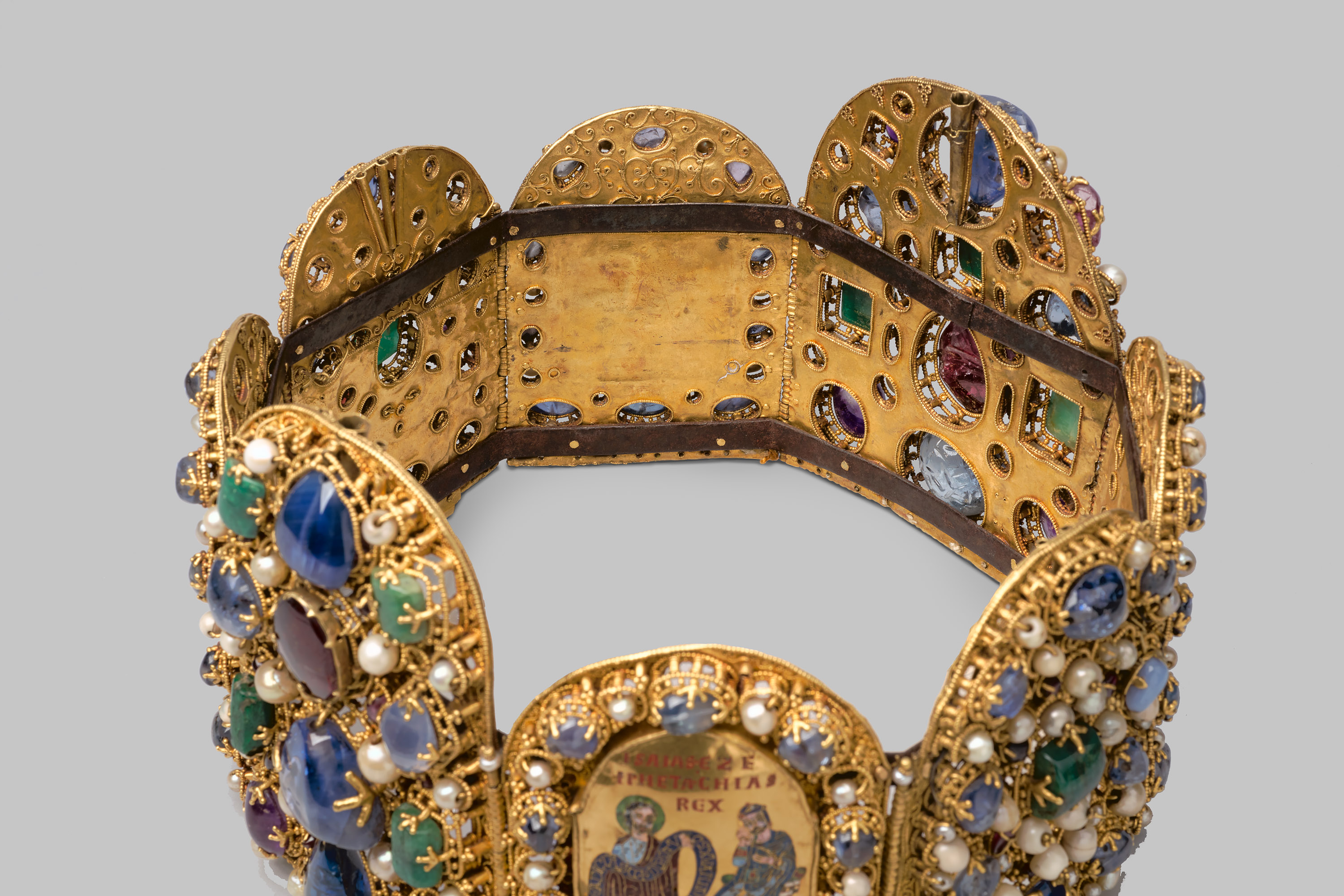 Mapping of the current state of preservation 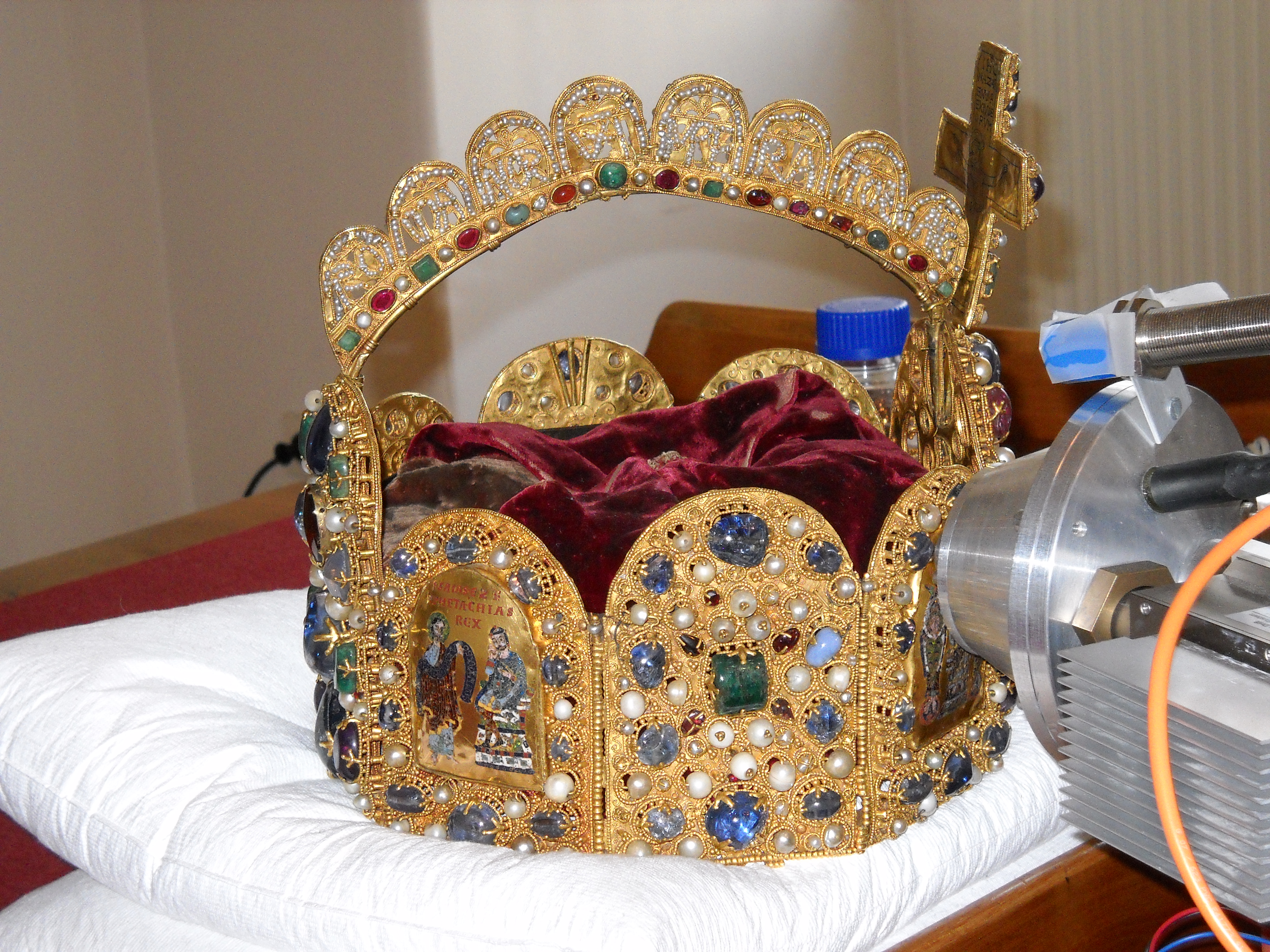 Analysis of the production techniques and processes 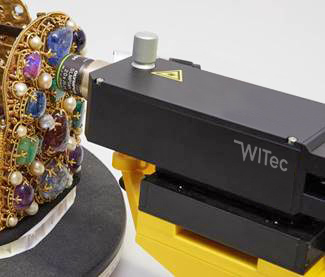 Examination and identification of the materials 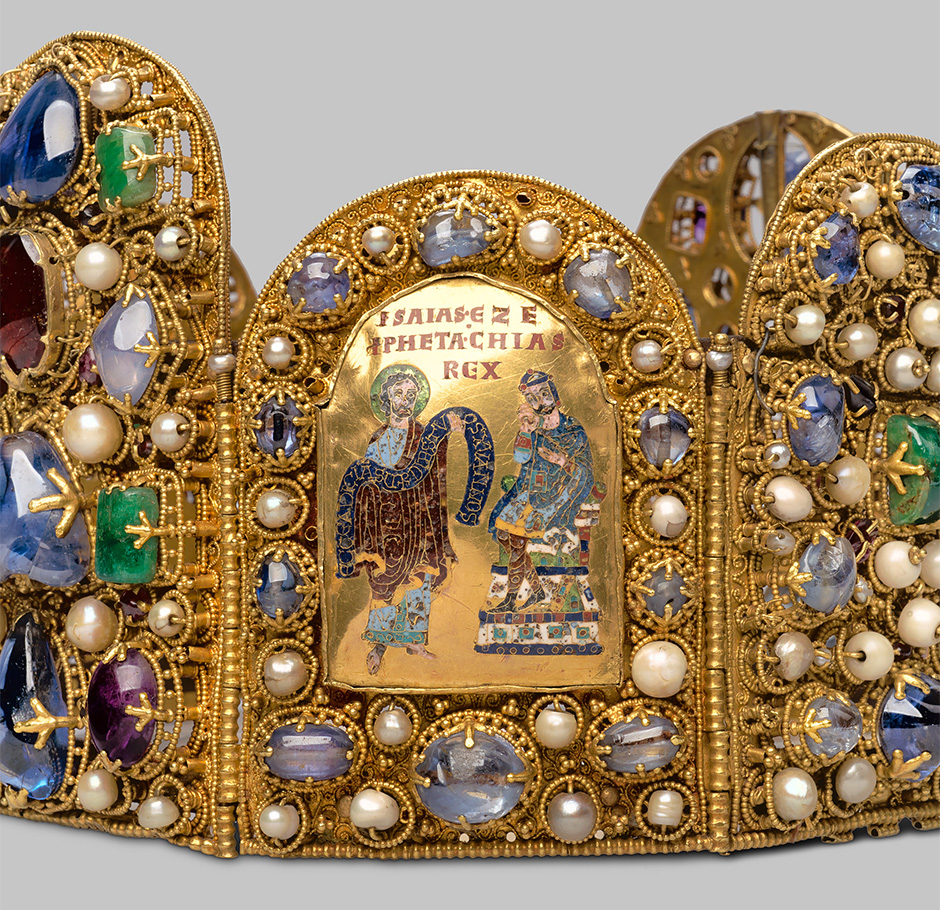 Research and compilation of image and text sources

This extremely exciting research task, which is unique in its complexity, is of great importance to us. The project is groundbreaking in every respect.

However, the complexity of the project also means an enormous challenge for our financial resources. For the next phase we are still needing funds in the amount of € 30,000. Therefore, I sincerely ask for your support!

Together with you we can write (art) history!

Help us to be able to gain completely new knowledge about the Imperial Crown.

Tracing the secrets of the gems of the Imperial Crown

We have only been able to analyze part of the complex history of the imperial crown. But it is already certain that the scientific knowledge value of this research project will be in no way inferior to the symbolic and historical significance of its subject.

THE DEEP BLUE SAPPHIRE - A GEMSTONE OF THE HIGHEST QUALITY 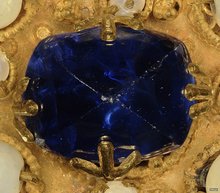 Under the scientific direction of Prof. Dr. Lutz Nasdala from the Institute of Mineralogy and Crystallography at the University of Vienna, together with the company WiTec, Wissenschaftliche Instrumente und Technologie GmbH, Ulm, it was possible for the first time to precisely determine the material composition of the 172 gemstones of the Imperial Crown with the aid of the most modern examination methods such as photoluminescence and Raman spectroscopy. According to Prof. Nasdala, the very high quality of some of the stones is astonishing. »The deep blue sapphire in the bottom row of the left temple plate would even deserve to be given its own name.«

»The biggest surprise is the finding that the large red spinel in the middle row of the brow plate was exposed to high temperatures before it was inserted into the crown,« reports Prof. Dr. Nasdala. Whether this could actually be a - historically extremely early - targeted heat treatment to improve the color is still unclear at present. Each new finding leads to further questions that still need to be answered: Where do precious stones like the blue sapphire come from? How and when did they become part of the imperial crown? Did the early medieval goldsmiths really know the technique of color intensification? Many more investigations are needed to get to the bottom of these mysteries!

Franz Kirchweger, curator of medieval art at the Kunstkammer and Imperial Treasury, and head of the research group on the Imperial Crown, in an interview. 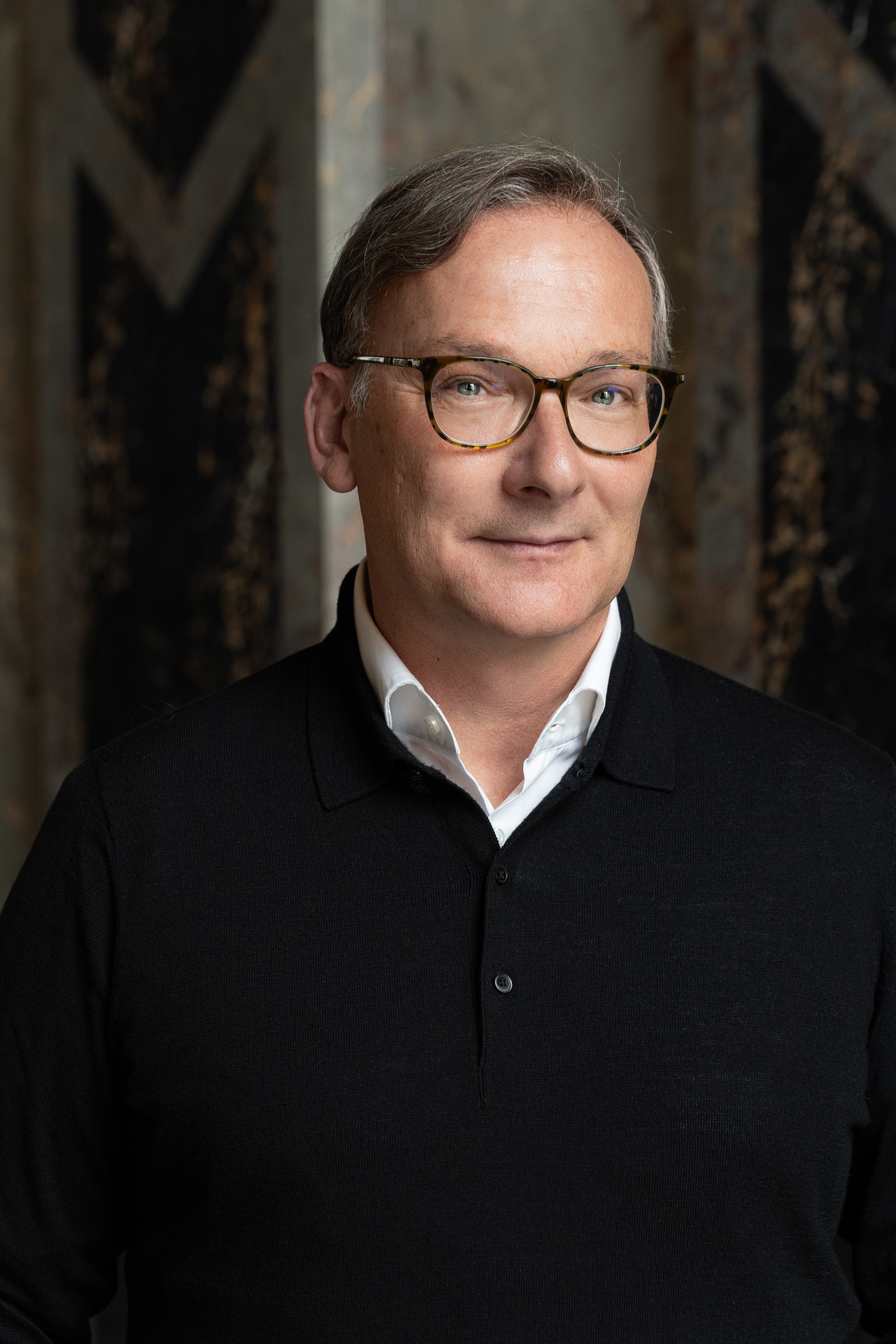 The Imperial Crown bears witness to a long and eventful European history. What do we already know about the insignia of the Holy Roman Empire? Where are the research gaps? What is the focus of this comprehensive project?

We interviewed Franz Kirchweger, curator of medieval art at the Kunst- und Schatzkammer, and head of the research group on the Imperial Crown, about the most important questions surrounding the project.

The origins of the Imperial Crown are lost in the darkness of legend. To what extent can your research project shed light on this? What historical leads are you following? 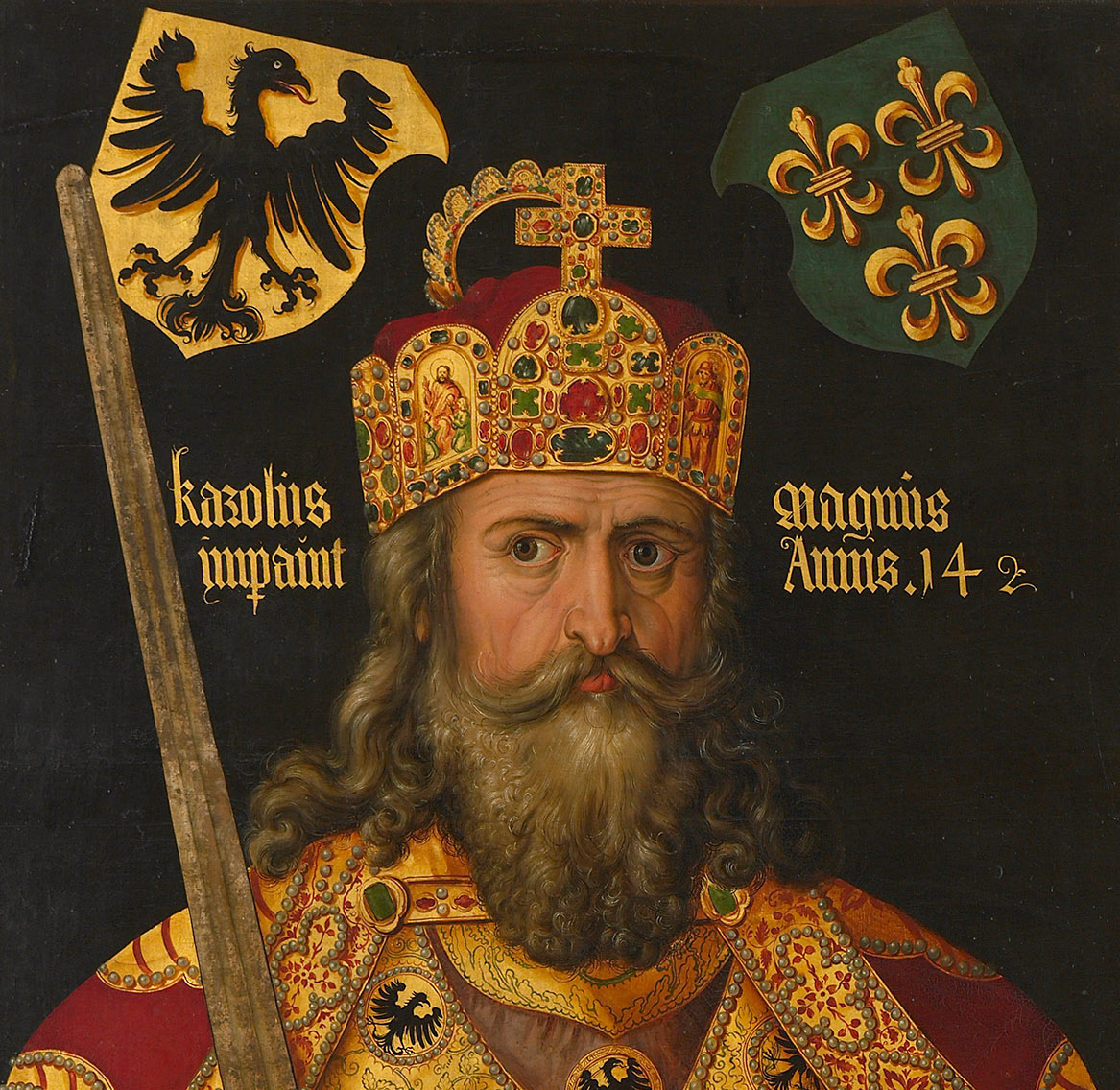 For many centuries, the crown was considered a relic of Emperor Charlemagne (r. 768-814). Researchers now know that it must have been created later, but still debate its placement in a time frame between about 950 and 1150. However, the project does not only focus on this question, but also on the approximately thousand-year history of the object in general, which also includes the many modifications and repairs to the crown, in order to understand how it has changed.

What is currently known about the materials used for the Imperial Crown? For example, about their provenance? Where are tstill gaps in our knowledge?

The use of gold, enamel, precious stones and pearls is obvious. However, there is a lack of reliable information even on such basic questions as how many carats the gold actually has or which gemstones are actually used in individual cases. This alone shows how large the gaps in knowledge are. The exact determination of the origin of materials is exceedingly difficult. Here we must see whether and to what extent conclusions are possible and what insight they can bring us.

You follow an interdisciplinary approach. Can you briefly introduce this approach to us?

Representatives of historical and fine arts studies, as well as conservational and natural sciences, take a joint look at the Imperial Crown as a team. This means very different questions and approaches, which are coordinated and pursued in a constant intensive exchange. The research is carried out with the aid of the most modern methods and equipment, which allow us to gain truly new and exciting insights. The crown has never been examined in this way before.

What do you need the analyses on comparative objects for? What insights do you expect from them?

In order to be able to historically classify the findings on the material and the manner of manufacture of the Imperial Crown, it is crucial to examine other objects of a comparable type and period using the same methods. Only on the basis of an expanded material basis can the specifics of the findings be worked out for the crown as well. In part, we can draw on existing studies of other goldsmith objects, in part we are even allowed to examine works ourselves on site. 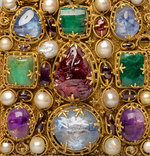 What are you currently working on? What is the next step?

Currently, every single component of the crown is being captured and documented with the help of a 3D microscope of the latest generation. In the process, truly spectacular images are being created that will provide completely new views of the crown and its individual parts and will later also be made available online. On the agenda of this extremely labor-intensive first phase of our project is also the scientific examination and analysis of the complete gemstone and pearl set.

That sounds very exciting! What motivates you personally?

The knowledge that we are carrying out investigations that have never been done before and were not even possible in this way. That we can develop completely new scientific foundations for aspects that have been absent from research up to now. That the knowledge and expertise for this project exists within the KHM-Museumsverband itself. The great support that we received for our project from many international colleagues in advance.

We still need EUR 30,000 to fully implement the next phase - the chemical examination of the materials and their determination of origin, as well as the collection of image and text sources. Thank you very much! 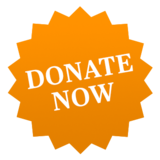 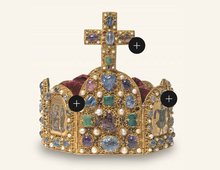