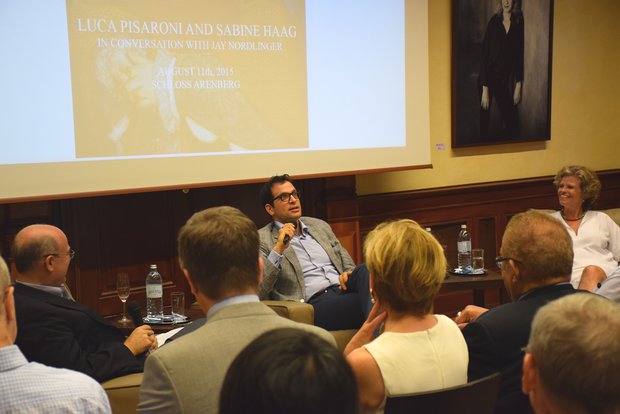 On August 11th 2015, the American Austrian Foundation and the Salzburg Festival Society brought together famous bassbaritone Luca Pisaroni and director general of the KHM, Sabine Haag to speak at Schloss Arenberg. Interviewed by Jay Nordlinger, Pisaroni described his role as the count Almaviva from Mozarts Figaro, before Ms. Haag gave a breathtaking account of the KHMs thirteen distinguished collections. The international audience was also interested to hear about the currently ongoing US-Tour “Habsburg Splendor”, an exhibition featuring 100 of the museum’s most esteemed masterpieces.

Sabine Haag pointed out that on October 15th, the KHM will be hosting the „Golden Fleece Gala“ in NYC, and invited the guests to become a part of their international network, by joining their group of International Friends. 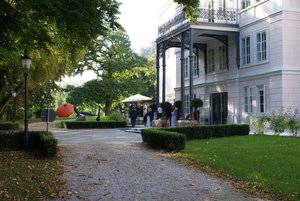 [+]
Schloss Arenberg in Salzburg
back
print