The Ancients Stole All Our Great Ideas

An exhibition of the Kunsthistorisches Museum Wien, curated by Ed Ruscha

This exhibition is the first in a new series for which internationally-renowned artists are invited to work with the collections of the Kunsthistorisches Museum.

Ed Ruscha is one of the most important artists of our time. Moving freely between painting, drawing, printmaking, photography and graphic design, his work has remained consistently inventive and defining of its time. He first visited Vienna and the Kunsthistorisches Museum in 1961. Exactly fifty years later Ruscha was invited by the museum to return, to spend time with its curators and explore its collections. This exhibition, for which each object was personally chosen by the artist, is the result.

Removed from their usual contexts, and paired with often unexpected neighbours, the paintings and objects speak with new voices. Unfamiliar aspects of familiar objects are revealed, encouraging us to look again at works that we think we know well. At the same time, light is cast on the Ed Ruscha’s own work, and the thinking and decisions that lie behind it. 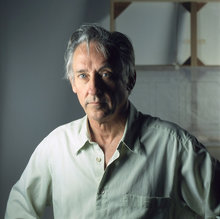