Daily from dusk until midnight

The installation by AROTIN & SERGHEI will be presented as a large-scale image projection (1200 sq m) on the main façade of the Kunsthistorisches Museum Vienna to mark the 125th anniversary of the museum. Hereby one of its most famous pictures, “The Tower of Babel” by Pieter Brueghel the Elder, is transformed into a rotating structure of light cells in continuous mutation with emerging details from masterpieces of the KHM collection. AROTIN & SERGHEI composed a sound installation to accompany the endless circular movement. It contains various sounds and electronically manipulated themes from Bach, Wagner and Schubert’s later works and “Unfinished Symphony”, played on the piano by Mikahil Rudy and Alexander Arotin. Furthermore the artists included text fragments from Homer, Dante, Karl Kraus, Beckett and Wittgenstein, from the Mahabharata and from navigation systems. The project was initiated by museum in progress under the direction of the curator Kaspar Mühlemann Hartl. Earlier versions of “Infinite Screen” as a work in progress were shown at the Vienna Konzerthaus (2013), Ars Electronica Festival (2014) and Biennale in Venice (2015). 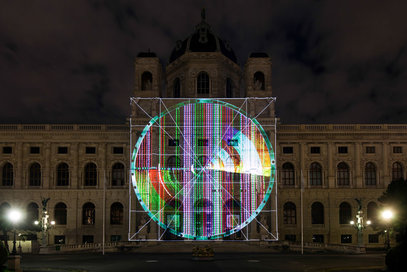 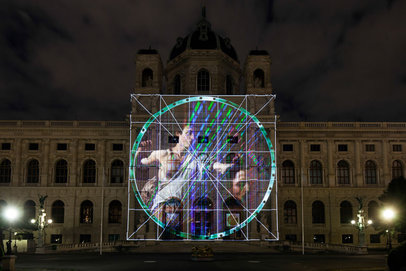 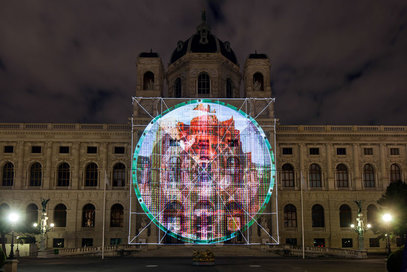 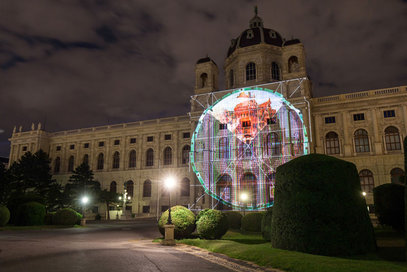 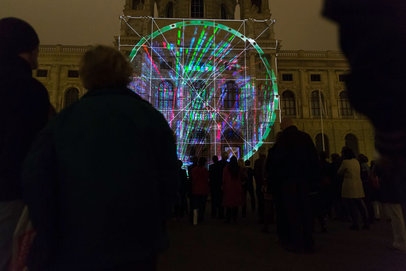 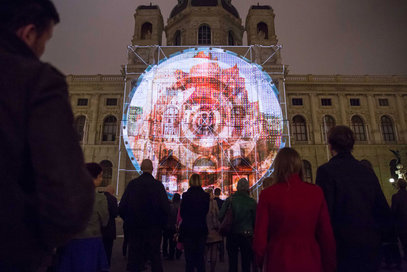 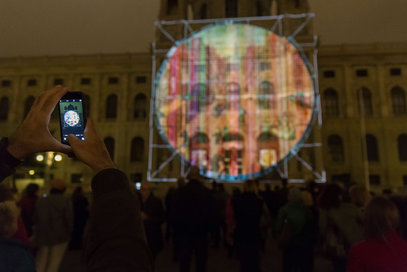 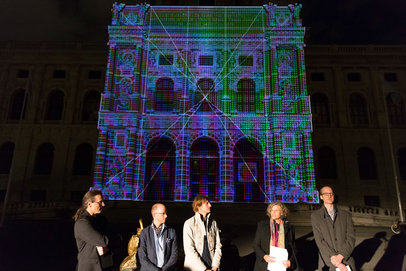 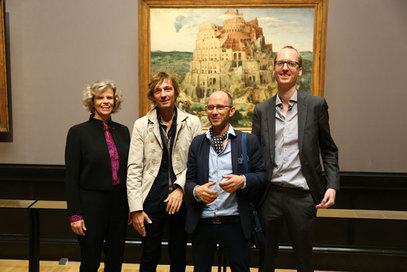 As a preliminary to the installation at the Kunsthistorisches Museum and in reference to Bruegel’s Tower of Babel the artists created a special edition of twelve numbered and signed unique works called “Vinyl-Sound-Pictures” – coloured prints on translucent vinyl discs coated with 24-carat gold leaf. The edition is presented in a designer box and can be hung on the wall or played on a record player. The nine-minute composition combines the elements of water and fire, human and mechanical voices and the sound of Bach’s The Art of Fugue.