and the Sensuality of Painting

As an artistic individualist, Karl Korab created during the last decades a substantial and very consistent oeuvre, characterised technically by its particular combination of painting and collage.

Especially during the last few years, his pictorial compositions have concentrated on the theme "landscape and have created wide ranging "spaces of experiences combined with concrete material experiences.The exhibit at the Palais Harrach will offer both an overview of Karl Korabs artistic development, and present his most recent groups of works for the first time.

Thus the unique power of the artists pictures, which reach out to the viewer in a comprehensive way and particularly not one confined to purely art-historical categories - will become apparent.In conjunction with the exhibition a comprehensive catalogue-book documenting the whole development of the artists works will be published.

Karl Korab was born on April 26, 1937 in Falkenstein/Lower Austria as the son of a forestry superintendent. He was eight when the Second World War ended, and his experience of aerial bombardments is noticeable in his early pictures. In 1949, the family moved to Maissau in the Weinviertel /Lower Austria, and Korab attended the local high school (Realgymnasium) at Horn. His strong interest in painting intensified when he was 14, and his wish to become a painter began to develop and mature.After finishing high school in 1957, he attended the master-class of Sergius Pauser at the Academy of Fine Arts in Vienna. During his first year at the Academy, he received the Award of the Masterschool and the Golden Fuger Medal.

1958 he comes into contact with the Vienna School of Fantasists;Hausner, Lehmden, Hutter, Fuchs, and Brauerinfluence his early paintings

1971 he buys a plot of land in the Weinviertel/Lower Austria, and builds a house with studio.He concludes a 10-year contract with the Krugier Gallery in Geneva, which leads to exhibitions in, among others, Paris, London, New York, Tokyo, Brussels, Geneva, and Zurich 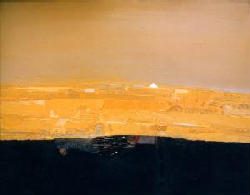 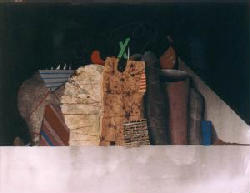 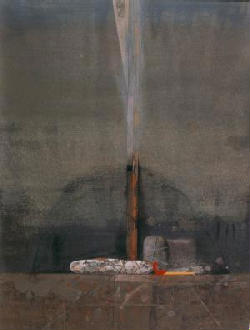 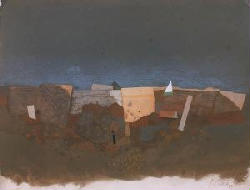 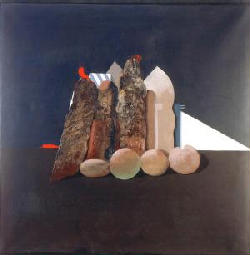